As enforcement exercise under the redefined punitive measures for non-adherence to COVID-19 safety protocols enters the second day, the Osogbo Magistrate Court, today, sentenced 57 violators of the safety protocols to two hours of community service.

This followed the sentence of about 100 violators of the safety protocols to community service of various degrees, yesterday. 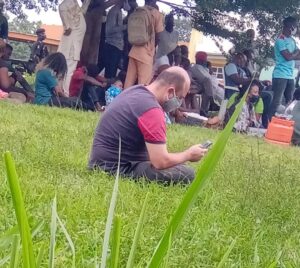 In his ruling, the Chief Magistrate, Mr. A. K. Ajala, sentenced 57  violators to two hours of community service (without the option of fine), to be served under the supervision of the Head of the Civil Defence Corps.

According to Ajala, the sentence was predicated on the refusal of the defendants to cooperate with the State on the  COVID-19 guidelines, adding that by their gesture, they had conducted themselves in a manner that causes breach of peace by not following the laid down rules of the State Government. 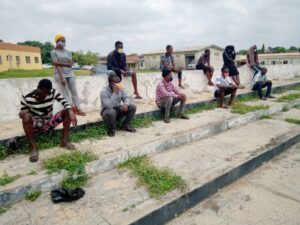 Ajala said the sentence would serve as deterrent to others on the need for them to be law abiding citizens.

Speaking after the court session, the Special Adviser to the Governor on Security, Mrs Abiodun Ige, said the government of the State of Osun is very serious about enforcing the safety guidelines, and citizens were  advised to take the matter with utmost seriousness.

In her words: “The State government under the leadership of Governor Adegboyega Oyetola, is not interested in harassing anybody. The major concern is for the State of Osun to be totally rid of the COVID-19 infection.

“That is the objective of the government, and the earlier citizens buy into this objective, the better for everyone”, Ige explained.

During the trial, one of the defendants, Nofisat Raji, fainted in the midst of the session.

Ajala, who cautioned Nofisat for disobeying the guidelines of the government, ruled for her discharge on compassionate ground, citing ill health.

In the same manner, two other defendants, Olagunju Bukola and Olagunju Tolulope, who were apprehended on their way to the hospital, were cautioned and discharged on compassionate ground, citing pregnancy and ill health.

One of the violators, Mrs Siju Ajewole, aside conducting herself in a manner that causes breach of peace, was also charged for assaulting an officer of the Nigerian Civil Defence Corps, Officer Grace Fadare, in the process of resisting arrest.

Mohammed, who works in Osogbo, said that he was apprehended for not using his nose mask.

“I know the implication of the safety measures announced by the government. I use my mask everyday, but I forgot to use it today before getting on my machine. I was arrested in the process”, Mohammed explained.