...charges them to hit the ground running, be magnanimous in victory

Farewell Address by Osun Governor, Mr. Adegboyega Oyetola, on Completion of His First Term on November 27, 2022

This is even as the Governor tasked them to hit the ground running by providing adequate, quality and equitable services on a consistent basis.

The Osun State Independent Electoral Commission (OSIEC) had on Saturday October 15, 2022 conducted the local government election across the State.

Inaugurating the newly- elected Chairmen at the parking lots, Governor’s office, State Government Secretariat, Abere, Osogbo, Governor Oyetola said the journey to the election was a long and worthwhile one.

He said the delay in the conduct of the election was as a result of plethora of socioeconomic and political uncertainties.

Oyetola noted that the local government election could not come earlier considering the COVID-19 pandemic and its consequences on governance. He said the pandemic was a major setback in the pace of governance for several months.

The Governor further noted that the long debate over transition from parliamentary system of government at the grassroots to presidential form of government and the need for the passage of relevant laws by the House of Assembly to support the agreed form of government before electing the next elected representatives contributed significantly to the need to have the election as at the time it was held.

According to him, the political uncertainties posed by the transition and the need to prevent the vacuum necessitated the institution of caretakers at the Local Government level. He said the Caretaker Committee was therefore, a child of necessity for getting the political equation right once and for all.

“So, today, our State has now aligned with the practice in other states of the Federation regarding the presidential system of government at the local government level.

“Following the successful conclusion of the debate and the passage of the relevant bill into law, our Administration swung into action by conducting the local government election that produced the elected local chairmen, vice chairmen and councillors-elect.

“The swearing in today of the elected chairmen and vice chairmen signalled the end of the service of those appointed into caretaker committees at the Local Government levels across the State. Government is appreciative of their services to the State.

“The successful and peaceful resolutions of the issues after robust debates and legislation are a tribute to the resilience of our people and their readiness to go the whole hog to embrace due process and the rule of law no matter the mileage.

“I deeply appreciate our people for their understanding and love for democracy and good governance, which have not only produced a strong and sustainable platform but have also delivered a peaceful and credible election of elected representatives.

“With the passage of the relevant law and today’s inauguration, Osun is fully back to the Presidential System recognized by the Constitution of the nation and its benefits at the Council level”, he said.

Charging the newly-inaugurated council Chairmen to be magnanimous in victory, Oyetola said it was incumbent on them to take a cue from his government’s penchant for prompt and proactive service delivery. 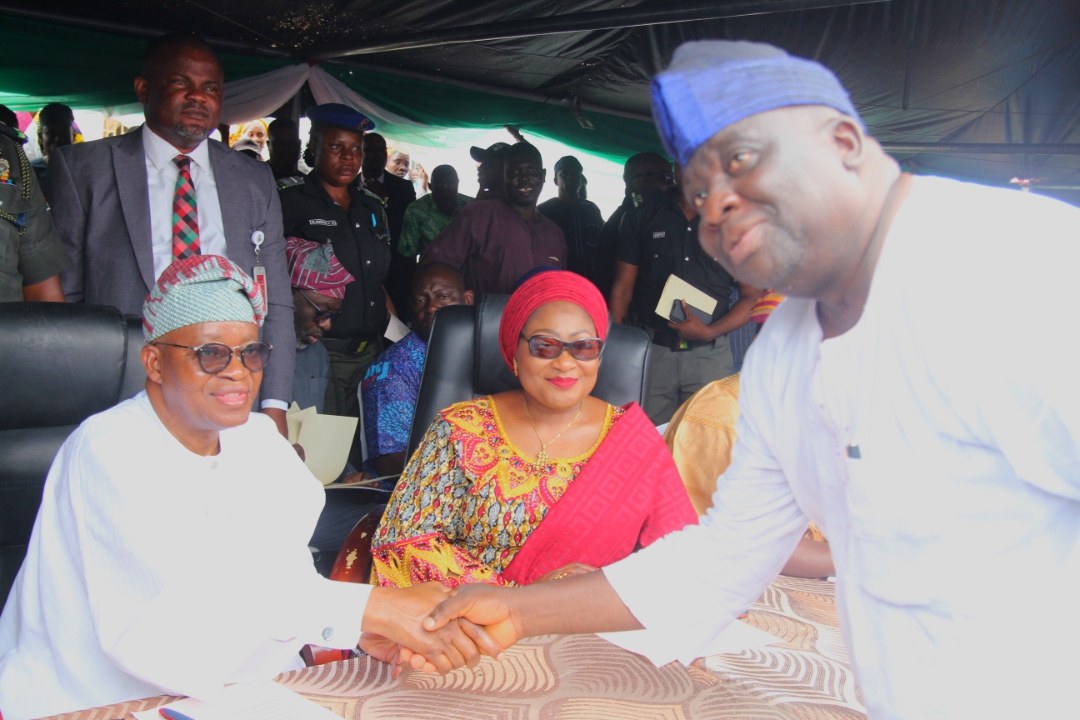 “You have all engaged in political contests and won the mandates of your people. You must reciprocate the gestures of the people by fulfilling your promises to them. This is a duty to the people, our party, democracy and good governance that must be fulfilled.

“You have a huge responsibility to allow your achievements prove to the people that they have more to benefit from Presidential System at the Council level. You are the book the people are reading to be convinced that, indeed, the time spent on the debate over the better form of government at the council level was worthwhile.

“I charge you all to be magnanimous in victory by extending hands of fellowship to your political opponents. It is the best way to harness our resources and our shared values for our collective good.

“You must be fair, just and reasonable in all your dealings, decisions and interactions with the people in accordance with your Oath of Office”, he urged.