As part of efforts to preserve its cultural artefacts which have historical symbolism, the State Government of Osun has declared its openness to private sector participation in the development of the Osun-Osogbo groove.

The State Government has also appreciated the generous disposition of some of its partners towards the development of the Site.

This followed reports of a donation of 4 million naira by Dufil Prima Foods Plc, makers of Indomie Instant Noodles, to the Osun-Osogbo groove through the Adunni Olorisha Trust.

Speaking at an interview, the Honorable Commissioner for Culture and Tourism in the State of Osun, Dr. Adebisi Obawale, said that there has been a number of developments at the groove in recent times, and that the availability of funds will further improve the Site and preserve the cultural heritage. 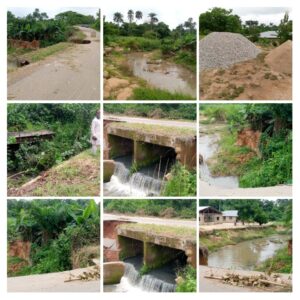 Obawale said: “Between last year and this time, we have renovated the Pavilion and given the car park a facelift. The next important project is the relocation of the road into the groove, which is capital intensive”.

Commenting on the existing road, Obawale said that it leads to other communities, adding that it is non-compliant with UNESCO standard in its current state.

He continued: “The Osun-Osogbo grove is a UNESCO World Heritage site, and our goal is to make the place absolutely compliant with UNESCO standard by meeting all the requirements set by the Organisation.

“So, preserving the heritage site will also require a degree of understanding and sacrifice, mostly by the communities and the government”.

Obawale added that safeguarding the treasures of the groove will require some deliberate investments. He called on corporate bodies and international organisations to support the site, which is one of the cultural heritages that gives the country global recognition.