The Governor of the State of Osun, Mr Adegboyega Oyetola, has reiterated his administration’s commitment to the fight against rape, sexual assault and other gender-based violence.

He said the State has zero tolerance for anything capable of undermining the human sanctity, dignity and right to life.

Oyetola spoke on Wednesday in his office at the Governnent Secretariat, Abere Osogbo, while playing host to his wife, Mrs Kafayat Oyetola , who led other women including wives of political office holders and government functionaries in the state on a courtesy call to the governor. 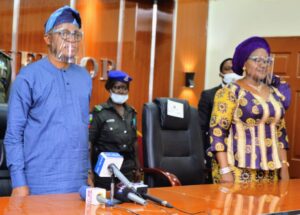 The governor who described rape and other forms of sexual assault and gender-based violence as crime against God and humanity, dislcosed that the State would soon release  its maiden edition of Sex and Gender-Based Offender’s Register.

He said the Register would  among others  help to blacklist offenders and forestall recurrence.

The Governor said that the state government was determined to deploy the full weight of the law against perpetrators of rape and all other crimes against women and children, adding that legislations against the ‘heinous acts’ would be strengthened by the government through its support to the legislature. 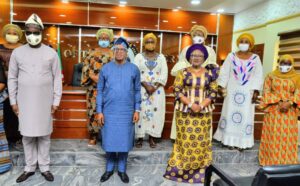 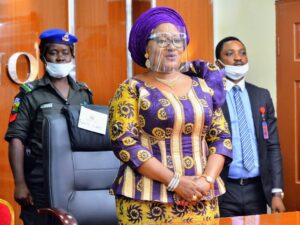 “Rape and sexual violence against women and children are assuming an unacceptable prevalence rate in the nation. As a responsible government, we roundly condemn this barbarous act in its entirety. Indeed, we have zero tolerance for them. Rape attracts life imprisonment while an attempt to commit the offence will earn the offender upon conviction 14 years imprisonment.

“As part of our zero tolerance resolve, the State is compiling the maiden edition of Sex and Gender-Based Offender’s Register. This Register will among others help to blacklist offenders and forestall recurrence”, he said. 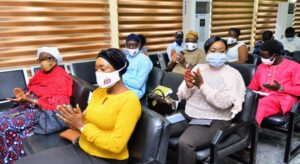 Oyetola appealed to parents, guardians and teachers to counsel their male children, wards and pupils on crimes against women and children just as he advocated massive sensitisation and enlightenment programmes that would help to fight against rape and sexual violence.

The governor also lauded the efforts of his wife at ridding Osun of open defecation, noting that he was glad to hear that Ifedayo Local Government Area of the State had been declared Open -Defecation- free through her efforts.

Earlier in her remarks, the Wife of the Governor, Mrs Kafayat commended the State government for prioritising the welfare and well-being of women and children in the state.

She also acknowledged the support that her office had received from .