Igbajo-Ada Road: Oyetola has given us great relief — Igbajo people

The Governor of the State of Osun, Mr Adegboyega Oyetola, has approved the construction of the Osogbo-Kelebe-Iragbiji road, spanning 16.55km. 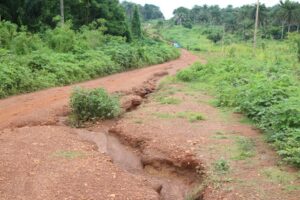 This was disclosed through a statement signed by the Honorable Commissioner for Works and Transport, Engr. Remi Omowaiye, who noted that the State Government will partner with Messrs Slavabogu Nigeria Limited for the construction of the road using the Contractor-Financed model. 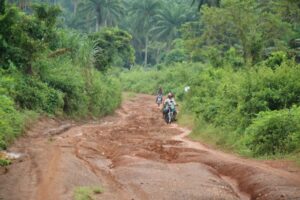 Omowaiye said that although four major roads in the State were proposed for construction under this arrangement, the Osogbo-Kelebe-Iragbiji was considered on the basis of its socio-economic importance and other parameters such as its ranking on  the scale of citizens’ needs.

According to him: “In view of the commitment of Mr. Governor to infrastructural development and the urge to spread the dividends of democracy to the nooks and crannies of the State despite meagre resources accruable to the State from the Federation Account, Mr. Governor has approved that that the Construction of Osogbo-Kelebe-Iragbiji road be awarded on Contractor-Financed mode, to Messrs SLAVABOGU Nigeria Limited. 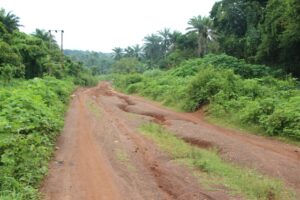 “The Construction of Osogbo-Kelebe-Iragbiji road was awarded at a well-negotiated price of One Billion, Six Hundred and Twenty-Eight Million, Two Hundred and Seventy-Nine Thousand, Five Hundred and Forty Naira, Forty-Three Kobo (N1,628,279,540.43)

The duration of the project is eight (8) months from the date of commencement.