Teachers Day: Oyetola lauds Osun Teachers, says no nation can develop without them

The National Universities Commission (NUC) on Thursday presented Letter of Recognition for the official take off of University of Ilesa.

The presentation of the letter gives birth to the successful completion of the formal documentary process into the establishment of the University.

This is even as Governor Adegboyega Oyetola reiterated his administration’s commitment to ensuring that the establishment of the university will not in any way put unnecessary financial burden on the State.

The letter conveying the recognition was personally received from the NUC Executive Secretary, Prof. Abubakar Rasheed by the Osun Governor. 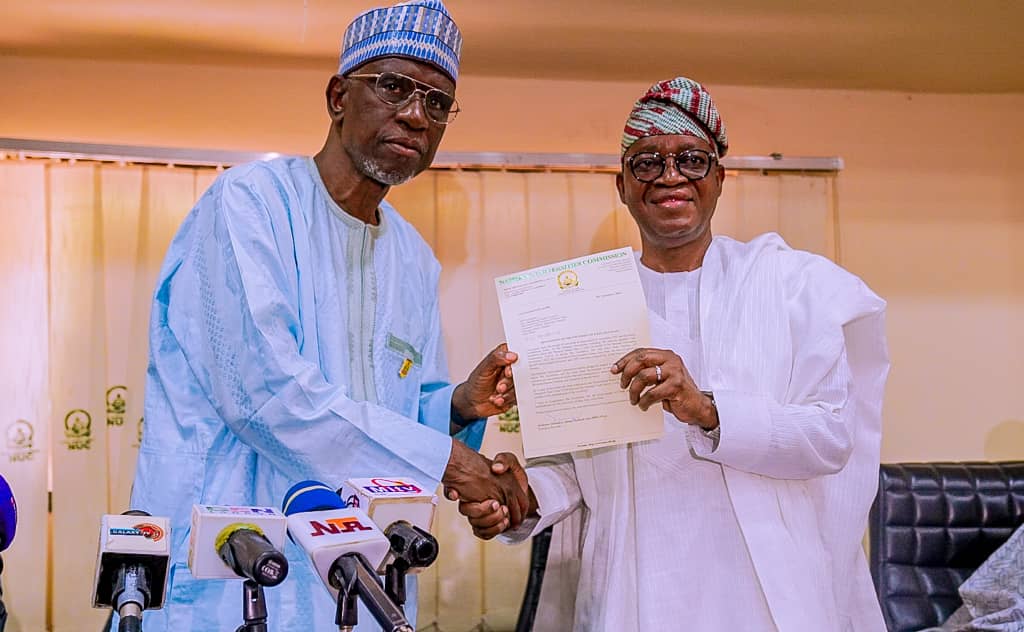 This is just as the NUC Executive Secretary lauded the governor for the initiative. He noted that the establishment of the university remains one of the most important legacies of Governor Oyetola, adding that the governor established the university in the “right place, with the right people. I am sure the people of Ilesa will not allow it to go under.”

Receiving the Letter of Recognition at the NUC Secretariat, Abuja, Governor Oyetola said the event has further laid credence to his commitment to upgrading the 44 years old College of Education to a University. 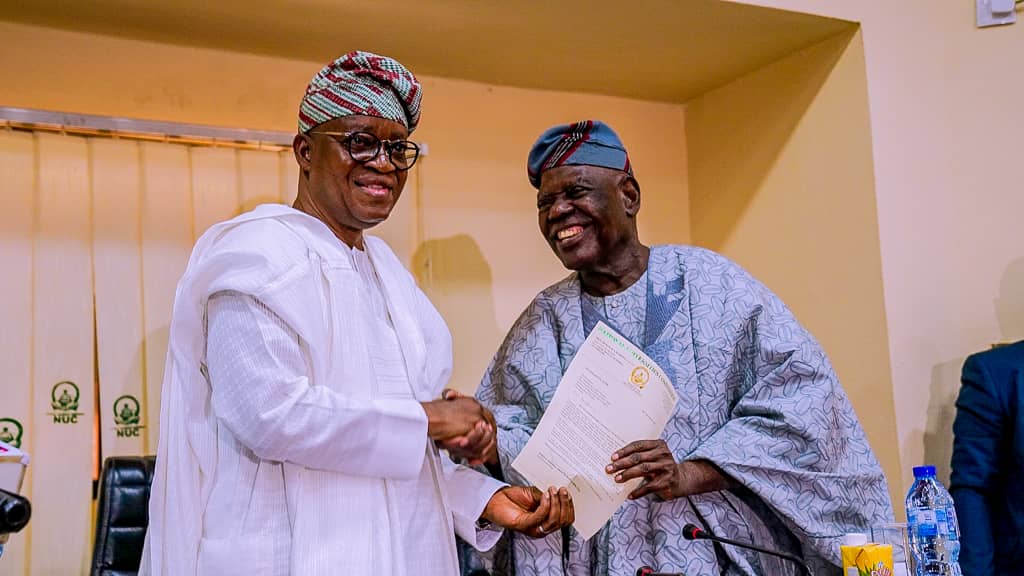 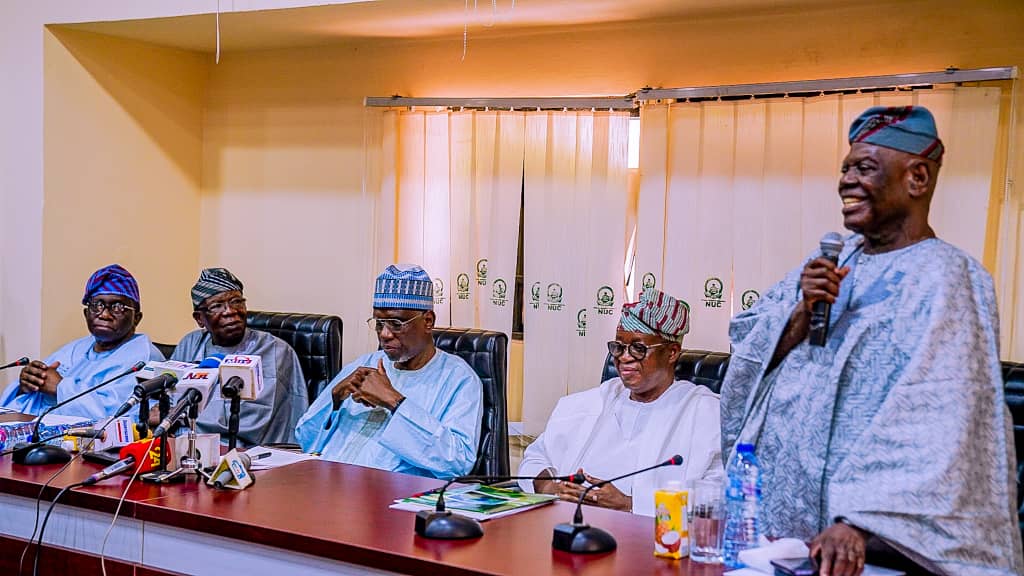 Oyetola who described education as the bedrock of socio-economic and political development, said the establishment of the University would go a long way to address palpable deficit in university education, particularly in the State and beyond.

According to him, the University would further help to train and equip a diverse group of youths with professional skills, entrepreneurial ability, and innovative insights, especially in agri-business, mining and health.

He noted that since higher education is central to the creation of future wealth, better socio-economic attainment, efficient agro-economy and mining technology in the current dispensation of the knowledge economy, hence the quest to upgrade the College to a full-fleged University.

“The establishment of the University of Ilesa is necessitated by the massive gap between qualified candidates and available space in existing higher institutions within the State, as education remains the primary industry in Osun. The yearning is considerably insatiable, and as responsible leaders, we cannot ignore these needs.

“Our commitment is to contribute to developing the human resources needed to drive growth in Osun and Nigeria. Higher education worldwide is a veritable driver of human development, innovation, technological advancement, and resource exploration.

“The new University of Ilesa shall focus on Agriculture and Agri-business to address food insecurity; mining technology, building on the abundant gold deposit in Ijesaland; and Medical Sciences to enhance the human resource need in the health sector.

“We are very deliberate in our approach as we seek to contribute to the diversification of our economy and wean it away from over reliance on oil.

“In anticipation of the take off, we have identified credible candidates for the Governing Council and Principal Officers, ready to be appointed and hit the ground running. 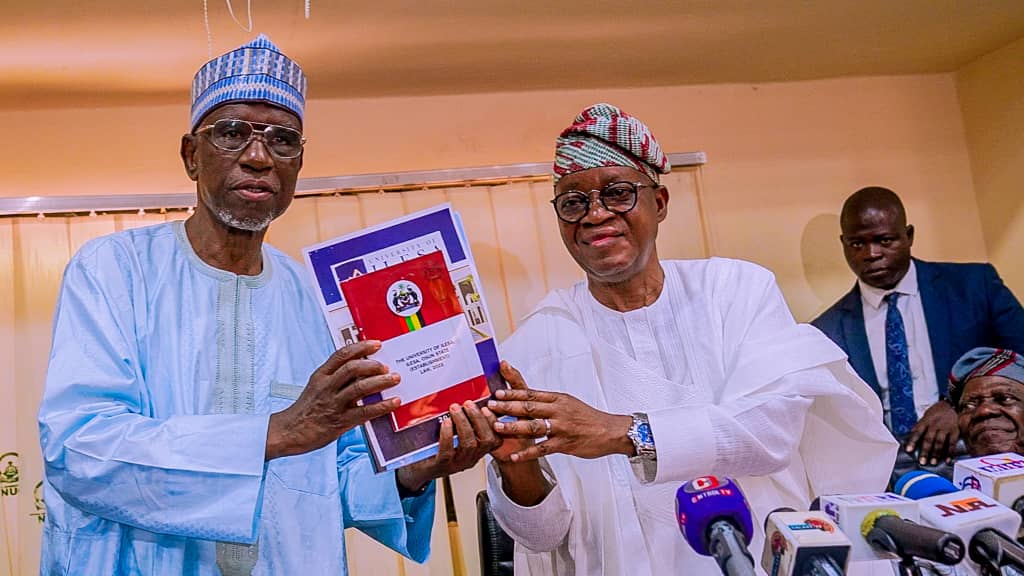 “I wish to put on record the sincere appreciation of the Government and people of Osun to the National Universities Commission (NUC) for your cooperation and support in bringing the LAUTECH issue between Oyo and Osun states to a win-win close.

“We recall your promise to support the Government of Osun should it decide to set up another university. Today’s exercise opens a new chapter in this regard, and we look forward to continual support.

“Let me once again reiterate that the proposed university has been carefully conceived as a thoroughly entrepreneurial and innovative institution that would be funded through a mix of sources such as the government, community, industry, and other stakeholders without exerting unnecessary pressure on the finances of the State”, Oyetola added.

Akeredolu to Oyetola: Nobody can beat your record, you ‘ve done excellently well

Akeredolu to Oyetola: Nobody can beat your record, you 've done excellently well