The Governor of the State of Osun, Mr Adegboyega Oyetola, has reiterated  his administration’s commitment to prioritizing the health and well-being of the citizens. 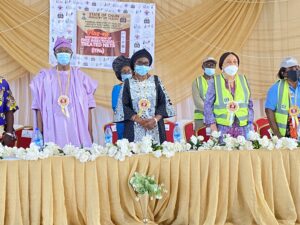 Speaking at the flag-off of the 2020 long-lasting insecticide-treated nets distribution campaign in the State of Osun, Oyetola, who was represented by the Secretary to the State Government, Prince Wole Oyebamiji, stated that the development agenda of his administration is anchored on the people, hence the need to take care of their health, capacity and welfare on all fronts.

In his words: “As a government, we have always put the health of our people first and we anchor our development agenda on them, taking care of their health, capacity and welfare on all fronts for the  whole purpose of building a prosperous state and offering them the good life”. 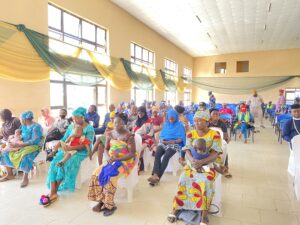 Oyetola also stressed the importance of using the insecticide-treated nets in the fight against malaria, adding that the government will support every effort to ensure its distribution and correct use.

It will be recalled that the Federal Government of Nigeria and its Roll Back Malaria partners had, last month, donated about 3.2 million Insecticide-treated nets to the State of Osun, during which time the First Lady of the State of Osun, Mrs Kafayat Oyetola, also became the Net Ambassador of the State. 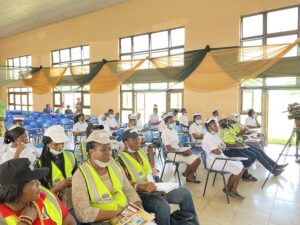 Oyetola continued: “Insecticide-treated mosquito nets have proved to be about the most cost-effective measure, if used correctly. This is evidenced by a study which shows that a community can get rid of malaria if as much as 80 percent of the people sleep inside the net regularly.

“We are going to be supporting all efforts to support its distribution and correct use for the protection of our children and pregnant women, and indeed, every citizen and resident of the State of Osun”, Oyetola stated. 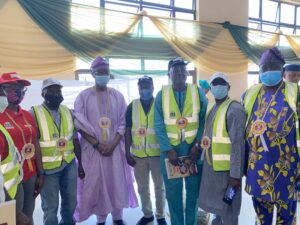 The Director of Public Health, Federal Ministry of Health, Mrs Umo Mildred Ene-Obong, in her remarks, thanked the Governor of the State of Osun for his commitment and efforts to improve the health of the people and the First Lady of the State, Mrs Kafayat Oyetola, for her acceptance of the role of Net Ambassador.

Ene-Obong appealed to traditional and religious leaders to promote a sustainable ‘net culture’ against malaria in their communities.

She also reaffirmed the determination of the Federal Ministry of Health to continue to work in collaboration with the State Government and other partners, to ensure that the state and the nation is completely malaria-free.

Also speaking during the flag-off, the Commissioner for Health, Dr Isamotu Rafiu, commended the Federal Ministry of Health, the Global Fund, Society for Family Health, Catholic Relief Serves and other partners, for their contributions to make distribution of long lasting Insecticidal nets in our State possible.

He enjoined the people of the State of Osun to take full advantage of the insecticidal nets by using it for the purpose it was intended.

“The only way we can pay back the  fund, partners and Federal Ministry of health is for us to sleep under this net,  reduce the scourge of malaria and improve our health indices”, Isamotu added.